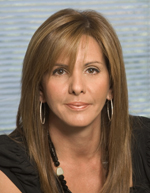 Ntina Katrania was trained in embryology at Gynaecology and Fertility Center, London, under the supervision of Professor Ian Craft, one of the IVF leaders for 2 years. This centre is among the major centres in England performing approximately 2,000 IVF cycles annually. Afterwards, she was employed at the IVF unit, Hammersmith Hospital, London for 3 years under the supervision of Professor Robert Winston and Karin Dawson. At Hammersmith Hospital, she was responsible for the unit’s daily operation being on-duty and training new embryologists, whereas she performed one of the first microfertilisations (ICSI) in England. There, she was trained on embryo biopsy for preimplantation genetic screening (PGS, PGD), which was performed for the first time worldwide at this hospital. She has been the head of emBIO IVF laboratory and responsible for training new embryologists for the last 10 years. She is responsible for the department’s flawless operation and she supervises IVF and microfertilisation cases (ICSI), preimplantation screening for chromosomal anomalies (PGS), and single-gene diseases such as β-thalassaemia (PGD). Moreover, she has been trained in in vitro maturation (IVM) at McGill University, Canada, under the supervision of Dr. Jin Tae Chung and Professor S. L. Tan. She has graduated from the Department of Chemistry, Aristotle University and has been awarded a Master of Science (MSc) in Biochemistry from Norwich University, University of East Anglia, England. She is a member of the British Association of Clinical Embryologists (ACE) and the Greek Association of Clinical Embryologists (PEKE), and she was among the first embryologists in England to hold a licence for microfertilisation (ICSI) issued by the HFEA (Independent British Human Fertilisation and Embryology Authority). She is married to the gynaecologist Thanos Paraschos and is a mother of three.

Lily Georgoulakou has graduated from Southampton University and completed her post-graduate studies and training in clinical embryology at Hammersmith Hospital, London, where she was awarded her MSc. She has a seven year-long experience in a wide range of assisted reproduction techniques such as egg collections, egg cleaning, embryonic development and assessment, assisted hatching, in vitro maturation (IVM), embryo and sperm vitrification and thawing, preimplantation diagnosis (PGD) for chromosomal abnormalities and β-thalassaemia, embryo transfer, semen analysis and sperm preparation for insemination or IVF. She has been a member of the Greek Association of Clinical Embryologists (PEKE) since 2003 and she is responsible for flawless lab operation and training and guiding new embryologists.

Christina Deli has graduated from the Department of Biology, University of Athens and holds a Master’s Degree in Clinical Embryology awarded by Nottingham University, England. She has worked at a medical diagnostic laboratory for six moths, during which time she gained significant experience in a variety of microbiological techniques such as protein electrophoresis, blood hormone and cancer marker measurements, ELISA and allergy and autoimmune disease tests. She joined our team in July 2006 and was trained in a wide range of andrological and embryological techniques such as egg collections, egg cleaning and assessment, embryo development and assessment, embryo and sperm vitrification and thawing, embryo transfer and semen analysis and sperm preparation for insemination or IVF. She has been a member of the Greek Association of Clinical Embryologists (PEKE) since 2006.