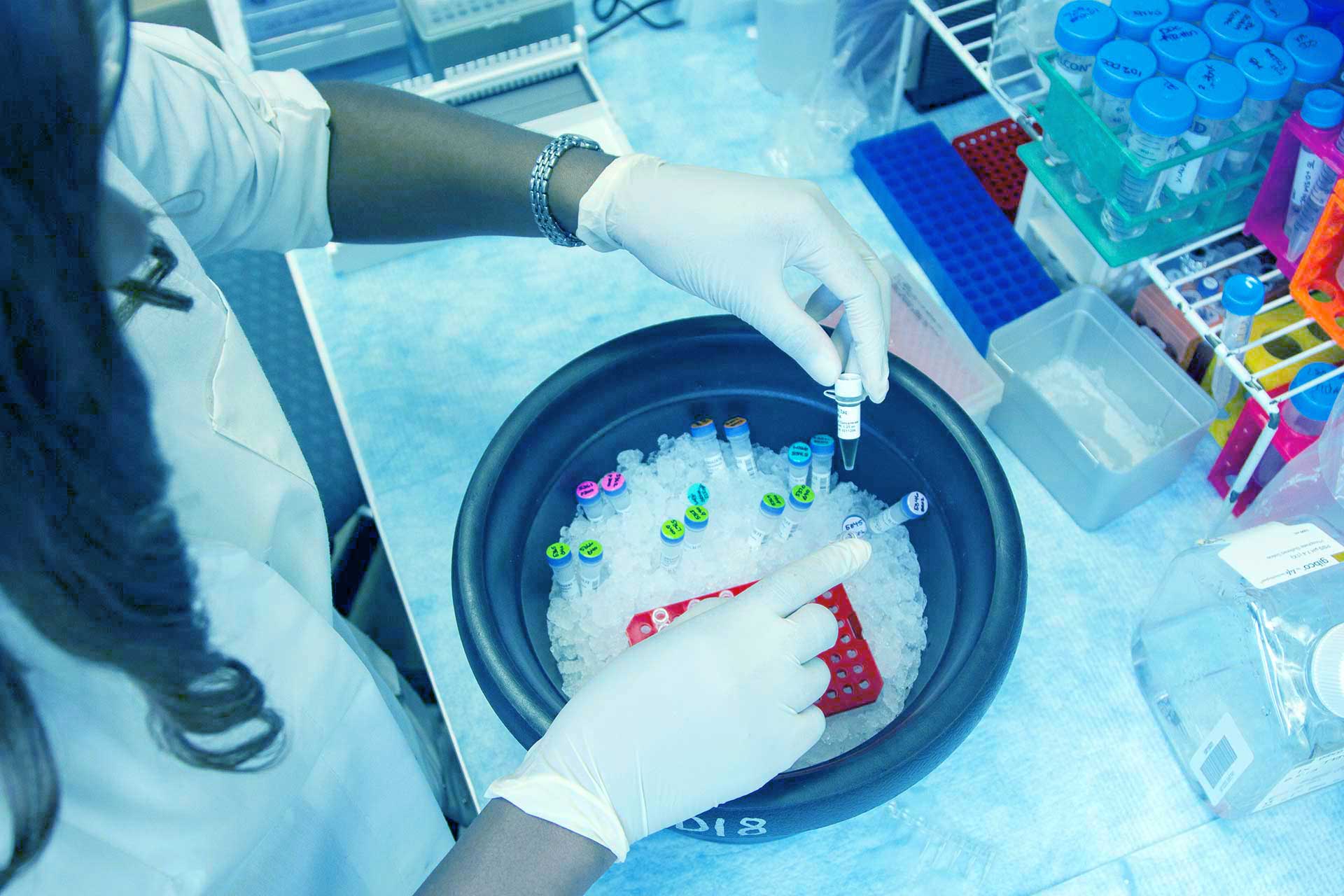 IVF attempts to mandate the ovary to produce more than one ovarian follicle to deliver several eggs.
The more eggs are transferred into the maternal cavity, the higher the pregnancy success rates.
To achieve multiple ovarian follicle development, the doses of pituitary gonadotropins (follicle stimulating hormone, FSH, luteinising hormone, Lh) should be under absolute control, which is better achieved when the pituitary will not produce these hormones on its own (under the effect of GnRH secreted by the hypothalamus and affecting pituitary), but with the help of medicinal GnRH analogues temporarily suspending pituitary function. The first treatment stage is where GnRH analogues are administered (suppression stage) and the second stage is where medication helps the ovary to develop many ovarian follicles (stimulation stage).

Therapeutic protocols used in IVF are applied depending on each woman’s menstruation particularities, her ovarian response to previous attempts etc.

GnRH analogues
Analogues have the trade names Suprefact, Daronda or Arvekap and are marketed as nasal sprays or subcutaneous injections.
Their active ingredients are similar.
Treatment may induce nasal congestion or flushing. These symptoms are temporary and upon treatment discontinuation, the pituitary will recover its function.

Moreover, it is likely that once menstruation stops, another atypical menstruation will occur, which is expected and should not give rise to concerns.
Treatment with Suprefact, Daronda, or Arvekap spray or injection will not stop until the “midnight injection” (Pregnyl or Profasi).
Approximately 20% of women may require more than 2 weeks of analogue administration to achieve ovarian suppression, which is due to the creation of a functional ovarian cyst secreting oestrogen. These cysts are easily treated with plain transvaginal aspiration before Puregon, Gonal F, Metrodin, or Pergogreen injections are initiated.

Gonadotropins
Treatment stage two includes ovarian stimulation to develop and mature a number of ovarian follicles. For this purpose, pharmaceutically produced pituitary gonadotropins are administered.
The drugs are called Metrodin (purified FSH) and Pergogreen and contain FSH and LH hormones at different rates. Moreover, the new generation of drugs includes Puregon (recombined FSH) and Gonal F (recombined FSH), which contain purified gonadotropins. These hormones are proteins and are administered by subcutaneous or intramuscular injection. The dosage is not stable but accordingly adjusted based on the course of stimulation and the woman’s age.

Other drugs
During IVF, you may use another two drugs. One of them is the antibiotic Vibramycin, which may be administered to the husband as a precaution once ovarian stimulation is initiated and to the wife after egg collection depending on the doctor’s instructions.

The second drug is called Pregnyl or Profasi and contains human chorionic gonadotropin (hCG). This drug is given to the wife at a specific time and in a single intramuscular injection of 10,000 units once deemed that ovarian follicular maturation is satisfactory to be followed by egg collection. This drug induces ovulation 32-36 hours after administration. It is always given following the doctor’s specific instructions. These drugs are marketed as solution for injection or powder to be mixed with a special solvent (water) to become solution for injection.

It is administered to the wife by intramuscular injection approximately 36 hours before the egg collection.

Finally, after the embryo transfer, the wife will require a drug called Utrogestan to be taken as pills. It contains progesterone, which may alternatively be administered vaginally as cream, Crinone 8%.

Possible adverse events
Flushes, headache, perspirations, and nasal congestion are mild symptoms/reactions likely to be seen, but insignificant and easily treated.
These drugs have been administered to thousands of women for over 15 years without any cancer or other serious adverse events.